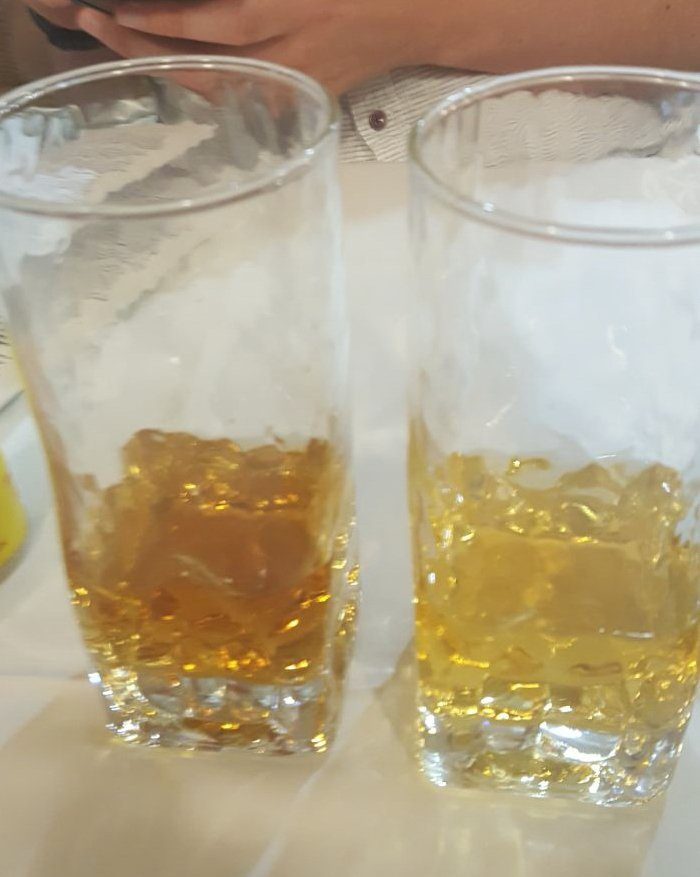 The original plan was to take a walk down to the Beach and promenade to see the sights and see what Benidorm had to offer, maybe have a couple of drinks then head back.

We ended up walking to the beach dodging mobility scooters left and right, then we had a drink in a cafe (photo of the shorts above) where they had never seen a spirit measure, they just kept pouring, pouring and pouring the whiskey and rum, Jánines little eyes lit up at this point! I fancied a cider for the first one so I was fairly safe, but as we hadn’t had much to eat so far that day, they seemed to take hold rather quickly. 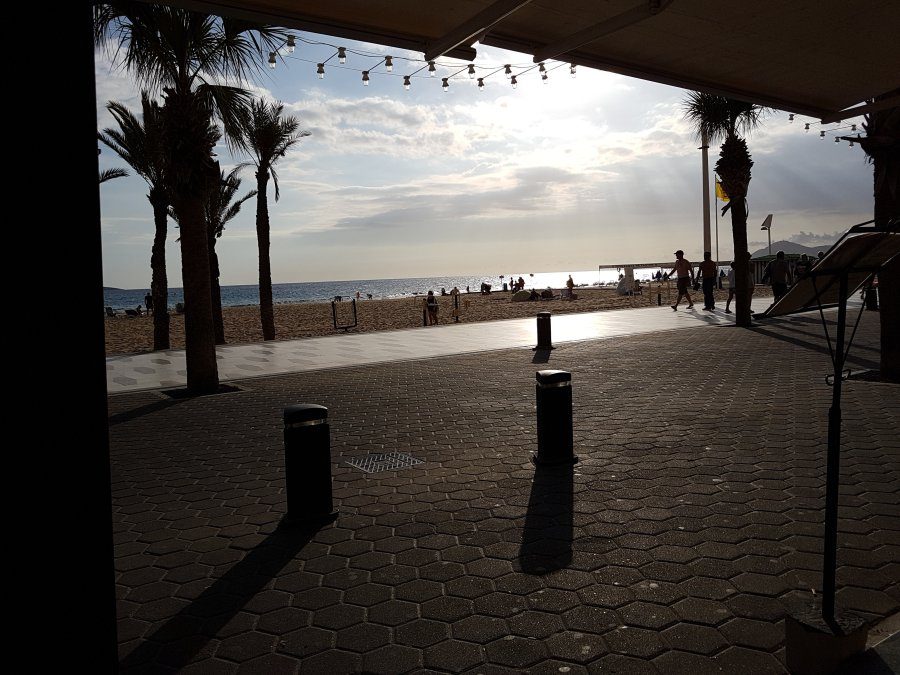 Above was the view from the cafe…it’s a hard life.  lol

After a few drunken texts back home to friends and family with us laughing our heads off at the toing and froing. ????

We then walked to the old town for a bit of window shopping and another drink by the sea while people watching and watching the sun go down.

We started heading back to the campsite and found a bar that looked okay, so we wandered in and ordered a cider and another whiskey diet coke for Neen.  This is what we were given… 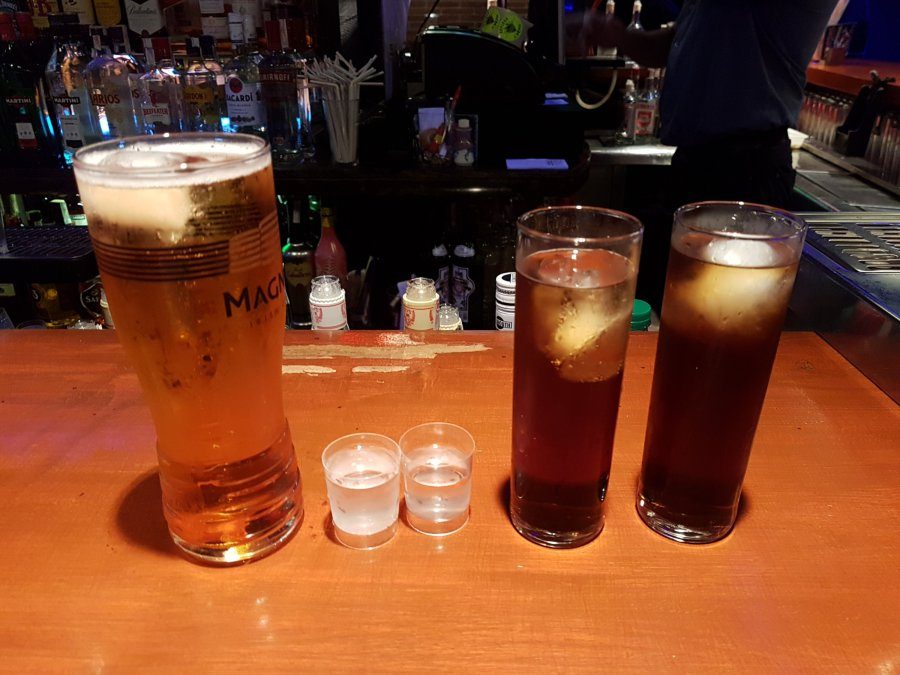 …2 for 1…two shots of peach schnapps, two whiskey diet cokes (twice the size of a Neen measure) and a cider!

We then watched the Blues Brothers tribute which was okay…after the bevvies. ???? 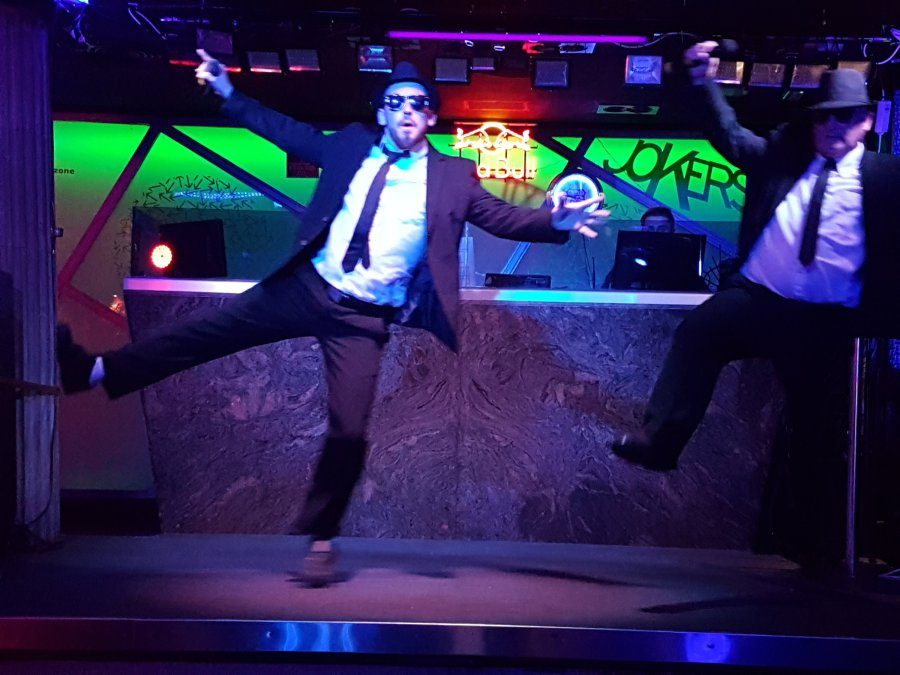 I ended up having the shots and another rum and coke while Jánine finished her two whiskeys. 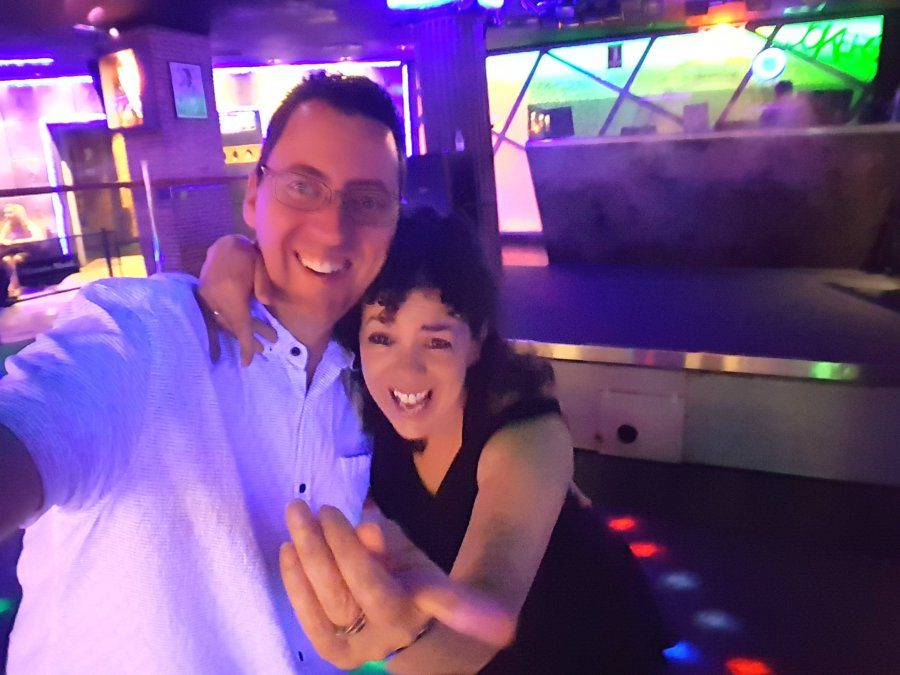 It was around now we ran out of money so we actually went back to Doris…via both sides of the path we were walking along in a zig zag fashion.

Finally back at Doris, we simply collapsed into bed shattered after being out from about 3 in the afternoon drinking.

The morning after we both felt a little worse for wear and it took us till around lunchtime to finally surface and face what we could of the rest of the day, so we started off with a slow walk to the local market for a couple of hours.

Either way, I think Jánine had a great night, even taking the after effects into consideration. ????